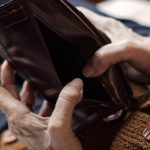 Leaving the workforce looks a lot different today than what it used to be. In decades past, retirees could rely on fixed pension plans sponsored by their employers to cover their living expenses. This was the benefit they received once their working days were over. These defined benefit plans gave the elderly a sense of security and provided a means of income that wasn’t subject to the ever-shifting whims of the market.

Unfortunately, the prevalence of defined benefit plans has decreased dramatically over the past fifty years. In 2019, only 12% of private industry workers had access to such plans, down from 20% in 2009. When you factor in longer lifespans thanks to modern medicine advances, it becomes apparent that alternative forms of retirement funding are necessary to replace this once-assured facet of financial security.

Fixed annuities are a popular choice for pre-retirees who want the relative stability of fixed income investments with the added assurance of further asset accumulation. However, you’ll be best served by augmenting your plan with a guaranteed lifetime withdrawal benefit (GLWB) rider to get the most out of a fixed annuity as your retirement plan.

Keep reading for an in-depth look at how a GLWB rider to your fixed or fixed indexed annuity can ensure you’ll have the cash flow needed to get the most out of retired life.

What is a GLWB Rider?

Generally speaking, a guaranteed lifetime withdrawal benefit is an optional addition to a fixed or fixed indexed annuity. It guarantees a person’s income through all types of market activity. These riders are designed to protect the individual during market downturns.

Moreover, GLWBs are typically added to annuity contracts as riders. Therefore, they have a separate value from the value of the annuity. An annuity’s value is the contract value, while a GLWB’s value is generally known as the income value or income benefit base.

How Does a Withdrawal Benefit Rider Work?

On its own, a fixed or fixed indexed annuity‘s contract value increases as interest is accrued. Interest can be credited to a fixed annuity either due to growth in the market or according to a declared interest rate. The owner or manager of the annuity can decide which of these two strategies to use. Either way, there is little risk involved since a decline in the market index won’t affect the annuity’s contract value.

Since the GLWB rider’s value is separate from the annuity’s, its growth is also calculated separately. The income value of a guaranteed withdrawal rider can grow at either a fixed rate, through an index, or a combination of the two.

Once the annuity owner retires and begins to take lifetime withdrawals for income, a payout factor is calculated based on the owner’s age and then applied to the rider’s income value. This payout factor scales up along with the age of the owner, so it’s smart to wait as long as possible before beginning to make withdrawals. The peace of mind and stability of a GLWB rider to a fixed or fixed indexed annuity comes from the fact that once this payout value is calculated, the owner can count on receiving exactly that amount of money from the annuity every year for the rest of their life.

There are two more guarantees to this system that contribute to making fixed annuities with GLWB riders an attractive and stable form of retirement. The first of these is that while the payouts are detracted from the contract value of the annuity, that contract value will continue to accrue interest. Consequently, those funds remain accessible to the owner at all times. Secondly, should the guaranteed annual withdrawals eventually bring the annuity’s contract value to zero, the insurance carrier issuing the annual income payments is contractually obligated to continue doing so as long as the contract owner lives.

These particular traits in combination are what make fixed and fixed indexed annuities unique among retirement and lifetime income strategies, particularly with the added protection and income generation provided by a GLWB rider. This powerful combination is referred to in finance circles as the fixed annuity advantage.

How Much Does It Cost to Add a GLWB Rider?

The value and benefit of the GWLB rider usually result in a higher contract fee to add the rider, though some annuity contracts include this price in their overall product. In these cases, the cost will be reflected as a lower interest rate on the contract value.

On the other hand, some contracts require that this added fee be paid out as a percentage of the income value. In this case, the rider fee usually remains in place until the annuity runs out, or the rider is taken off the contract.

Some contracts do not make provisions allowing GLWB riders to be removed. In this case, the fee percentage will continue to be paid to the annuity seller until the contract holder’s death or until the account is fully depleted.

The main benefit of GLWB riders is to increase the potential lifetime income the owner of a fixed annuity may receive. The average rate of increase for such riders is from 5-8%, which constitutes a substantial increase for many retirees. As an added layer of security, the contract owner retains access to their money at all times, providing a sense of stability and ownership that many other retirement plans don’t allow.

With the steadily declining availability of defined pension plans, not to mention low-interest rates and an ever-increasing life expectancy, many recent and soon-to-be retirees have difficulty sorting out their lifetime income strategies. For those who desire a stable, reliable way to grow their funds without losing control over or access to their money, fixed and fixed indexed annuities can be an excellent option. These types of annuities work best when paired with GLWB riders to increase the overall earning potential of the account and set the owner’s annual earnings at a reliable, never-changing rate.

Annuity guarantees are always backed by the claims-paying ability of the issuing insurance company. It is always wise to seek the guidance of a reputable specialist.