Should I Consider Buying Annuities When Interest Rates Are Rising? 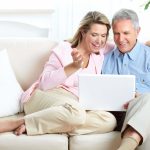 If you’re considering buying annuities when interest rates are rising, many would tell you this is a good idea. However, there are some other things you should consider before you go all in.

While rising interest rates are generally good for annuities, there’s more to the story. Learn more about how your finances are affected by buying annuities when rates are on the rise.

Rising interest rates generally lead to increased annuity payouts. This is because bonds are at the heart of most annuities.

Bonds are essentially loans to companies or governments. As the Federal Reserve increases interest rates in an attempt to slow inflation, interest rates on everything from CDs to savings accounts likewise increase. Higher rates on bonds get passed on to annuity holders in the form of bigger payments.

But bonds might not form as much of an annuity’s portfolio as you might think. A recent relaxation of annuity rules has led to an increase in the number of variable annuity options. Variable annuities contain stock market investments.

This means that variable annuities are less dependent on bond yields and more dependent on the daily ups and downs of the stock market.

The Cost of Waiting for Annuities to Heat Up

If the Federal Reserve’s interest rate influences annuities so much, shouldn’t you just wait for interest rates to go even higher? Well, no.

First off, no one can’t predict with 100% certainty what the Fed will or won’t do. It’s an independent institution and decisions are based only on the input of its members. Financial experts guess what the Fed will do, and they still get it wrong sometimes.

Second, if you choose any kind of variable annuity, the stock market will have its say in your final payouts. While variable annuities are great for letting you capture some market upside in a risk-controlled way, they can go up and down many times before the payout period. Small increases in bond yields won’t mean as much.

Even if you have a fixed annuity, stock market volatility can still change the economic landscape in the long run. While the stock market is not the economy, it still has a role to play in the wider picture. That includes, you guessed it, the Fed interest rate and bond yields.

The Power of Compound Interest

Compound interest is a wonderful thing. Compound interest basically means that the amount of the principal increases after each compounding cycle. Essentially, you’re earning interest on your previous interest.

Annuities can compound annually, semi-annually, quarterly, or even continuously. No matter how they compound, the interest you lose out on by waiting to invest will likely dwarf any gains you make through a raw increase in rates.

Annuities Are for the Long-Term

Despite their advantages, annuities still aren’t the right investment for everyone. Younger folks can generally handle riskier stock investments for their retirement savings since they have a longer time frame. Annuities can lock up large sums of money that might be better spent buying a home or getting a graduate degree.

But for those nearing retirement and those who need a more conservative investment structure, buying annuities is a great way to go. And locking in higher interest rates now can mean extra money for your retirement.

It Pays to Shop Around

Not every annuity is built the same or meant for the same purpose. Investors these days have more choices than ever, including indexed annuities and variable annuities. You can further customize your annuity to your specific needs by adding in different riders.

Annuities still have risks, though, and it’s worth getting a certified financial planner to explore your annuity options. Make sure you take advantage of higher interest rates by deciding if an annuity is right for you.